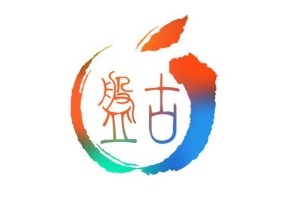 Just few days after explaining why upgrading to iOS 10.2 could limit your jailbreaking chances, Luca Todesco is back. This time around, he has released a web-based loader for the PanGu 9.3.3 jailbreak. Straight up from its name, this latest exploit will remind you of the JailbreakMe exploits on iOS 1 and iOS 4.

The steps for using the exploit are easy and simple. While on mobile Safari, follow a URL, press a button, lock your iPhone, then wait for it to respring.

It goes without saying that Todesco’s hacking skills are top notch. However, with this release of the PanGu 9.3.3 jailbreak, some users might get confused. The exploit depends on the developer’s certificates to work. For the certificates to work, Todesco has taken advantage of mobile Safari vulnerability that allows one to run an arbitrary code and re-enables Pangu 9.2-9.3.3 jailbreak.

At this point, it would be helpful to recap the details regarding this exploit. To start with, the web-based PanGu 9.3.3 jailbreak by Todesco effectively replaces the need for apps to re-activate Pangu jailbreak on iOS 9.3.x. The fact that it works via a browser shows the remarkable hacking skills behind it. Mounting an exploit on mobile Safari has always been a toll undertaking to accomplish.

To try out the exploit, just type the following URL on Safari’s address bar:

In case you are willing to be patient and wait for a fully untethered 9.3.3 jailbreak, Todesco’s tweet will give you a ray of hope. The only thing that remains unclear is whether he will work on it.