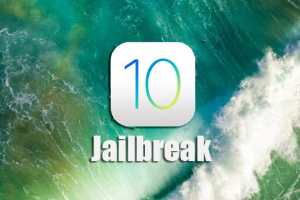 Up to this point, no official iOS 10 jailbreak exists. Nevertheless, well-known iOS bug master Luca Todesco has shown convincing jailbreak demos that he has never released to the public. With the current state of iOS 10 jailbreak, it is clear that installing iOS 10.2 could lock you out of a possible jailbreak later on. As such, you may have to consider staying on iOS 10.1.1.

In Todesco’s views, which are shared by other people as well, iOS 10.2 is becoming secure by the day. That is so with the release of a new beta version. Here is what Todesco tweeted a few days ago. 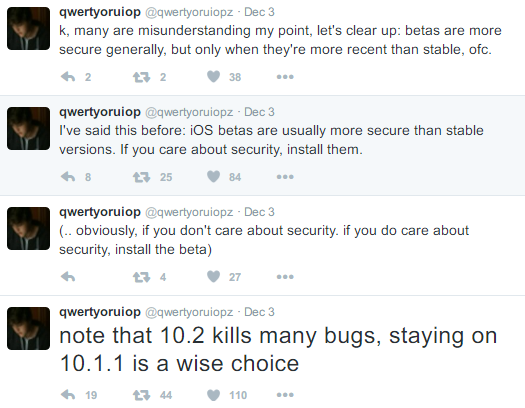 As at the time of this writing, Apple had released the iOS 10.2 public beta 6. What does this release mean to jailbreakers? The obvious answer to this question is that the release will make it hard to jailbreak. Beta 6 seems to have patched a ton of bugs that would have provided a pathway to jailbreaking this version of iOS.

Here is what Everything iPhone had to say about the latest iOS beta release.

A quick recap of Todesco’s tweets clearly shows that one will have to choose between remaining at par security-wise or retain earlier versions of iOS 10. He noted that iOS 10 beta versions come with stringent security updates. In so doing, hackers are left with minimum options to try out their exploitations.

In the past, hackers were able to play this kind of cat-and-mouse game where they waited for Apple to release a new iOS version and then exploit it. However, things have changed in the recent past. Apple has had the upper hand over hackers in releasing new iOS versions rapidly. The tactic seems to be working but it remains the aim of hackers and teams like PanGu to release the next jailbreak.

Will an iOS 10 Jailbreak be Coming?

It is hard to give an assurance at this point regarding a possible jailbreak for iOS 10. The only idea is that you could trade the security of your iPhone and continue using iOS 10.1.1 for a bit longer instead of installing iOS 10.2, or just go ahead and update your mobile operating system.

Having said so, it is upon you to choose which way to go. Share your thoughts below.