LocationFaker: A Cydia Tweak For Faking Location on IOS

LocationFaker is a Cydia tweak that brings VPN capabilities to your jailbroken iPhone, allowing you to fake your location. The difference between a VPN and location faker is that the latter actually changes your location in any app while a VPN will only change the location on your browser, in most occasions. With LocationFaker, you can change locations in PokemonGo, FaceBook, Spotify, Find My iPhone, WeChat, Twitter, among many others.

iPhone tracking is one of the greatest invention the technology world can brag to have accomplished in the twenty first century. With virtually countless smartphones Apps in the market it is easy to keep track of anything or restrict certain things to certain geographical areas. Despite the immense benefits we owe to iPhone tracking apps, at times the line gets crossed thereby necessitating one to fake location on the iPhone. When this line is crossed, the following guide will be very helpful in ensuring your location is kept a secret only to self.

Also Read: How to visit fake locations in Pokemon Go

To fake location on your iPhone is not a complicated process as it may sound or, however there are certain important things that ought to be considered first before anything. One of them being jailbreaking your smartphone device. With a jailbroken iPhone, you can be sure that you have spoofed your location on every app. However, doing this without jailbreak doesn’t have any guarantees. 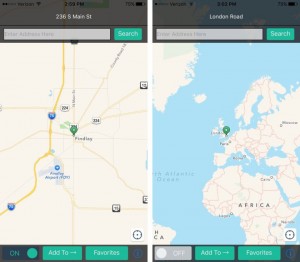 After your device has been successfully jailbroken its time you out about the free Cydia tweak known as “Location Faker”. This tweak is a powerful tool and allows you to spoof your location in a perfectly precise manner to specific coordinates in any map. With it you will not only vaguely change your location to a country as it helps pinpoint you to the towns and even streets of the faked country.

How to Fake Your Location on iOS Using Location Faker

Once you open the app, your current location is shown on a map. In order to fake your location, drag and drop the green pin showing your current location to any location of your choice in the map. Confirm it by tapping the left bottom corner button ON. With this your location is faked and the app starts collecting all information regarding that place. It gets even better as the Cydia tweak has been proved to work well with all social media and map apps.

We will be happy to hear your thoughts