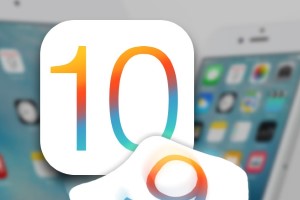 The jailbreak community cannot wait for the first official iOS 10 jailbreak. Currently, jailbreaks for iOS 8.4.1 and iOS 9.3.x have been facing certification problems but hackers have been making progress. Details regarding any attempt to come up with a jailbreak have been scarce in the past few months. As such, when hackers like Luca Todesco start being active in releasing any info in that regard, you have little but to get excited as a jailbreaker.

If you have been following news regarding the release of the next jailbreak, these new developments are quite positive. iPhone users who have jailbroken their devices could see a jailbreak for iOS 10 sooner than later.

Ian Beer recently discovered an exploit for iOS 10.1.1. The details for this bug came from Google’s Project Zero and shows the kernel and root loopholes that jailbreak hackers can take up for further development. Since Beer has already made the bug’s details public, it could form a solid foundation for a full jailbreak.

True to the above assumption, Luca Todesco has expressed his stand regarding the Project Zero exploit. Based on his comments, he could soon write a full iOS 10.1.1 jailbreak.

In the process of coming up with the jailbreak, Todesco will write a patch for the recently release exploit. After that, he will add the necessary jailbreak patches to make it work. Here are his tweets:

There is no question that the above details will come across as good news to those who have been waiting for an iOS 10 jailbreak. Up to this point, there are a few things you would need to know. Apple is still signing iOS 10.1.1 as of the writing of this post. However, the signing could stop at any time. Unfortunately, the latest iOS 10.2 already has a patch for this exploit.

If you are already using iOS 10.2 and hoping to get your hands on this possible jailbreak, this is the correct time to downgrade to iOS 10.1.1. Downgrading will not be possible after the signing period elapses. On the other hand, users with lower versions of iOS will have a decision to make. Upgrading right away to iOS 10.1.1 means losing your current jailbreak status. In doing so, you will hope that the jailbreak will come as soon as possible.

When faced with the option to hope to iOS 10.1.1 or keeping your current jailbreak status, you will have to make a personal decision. Check the cons and pros of making the switch beforehand. Are you using an iOS 9 jailbreak and considering the speculated iOS 10 jailbreak? Post your answers and comments below.