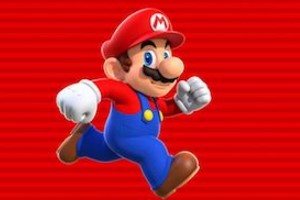 The Super Mario Run game from Nintendo finally hit the App Store. However, the announcement came with mixed reactions depending on whether you have jailbroken your device or not. The jailbreak lot was unhappy. Provided you have a jailbroken iPhone or iPad you could not play the game. From the look of things, it seems Nintendo incorporated an in-built jailbreak detection.

If that is the case, it is reminiscent of other previous popular games to have hit the App Store in recent times. A classic example is Pokémon GO that continually crashed when you tried playing it on a jailbroken device. The good news is that there is already a workaround that will allows you play Super Mario Run on your iOS powered jailbroken mobile device.

Steps for playing Super Mario Run on your jailbroken iPhone

In a nutshell, the steps will need you to download a jailbreak tweak from Cydia. In turn, the tweak will conceal your jailbreak status as the games performs its check. The name of the Cydia package you require for this process is called tsProtector 8+. You could opt to use its trial version or buy it. Follow the steps below:

After you are through with the above steps, you will be ready for the second part of the process. This is the part that gives you the option to bypass Super Mario Run. These are the steps:

The above steps should set up your device just fine for launching and playing Super Mario Run without any detection. If you are using the semi-untethered Pangu jailbreak for iOS 9.3.3, ensure that you reinitialize it every time you reboot your device by running the PanGu App. That way, this patch will also work. Most noteworthy, there are chances you might get banned by the game while using this patch since it requires an active internet connection.