The landscape of video games has changed drastically. However, there are some old games that you might still miss playing. It is for this reason that we have listed the best SNES emulator to help you enjoy your favorite Nintendo games like Donkey Kong and Super Mario.

With many SNES emulators out there, you need to find one that can play games seamlessly or you will end up frustrated in the middle of your gameplay. Luckily, we have tested many SNES emulators to come up with the best that you can use on your device.

BizHawk is the best Super Nintendo emulator for speedruns gamers. Since it doesn’t lag unlike other emulators, you’ll have the chance to finish the game in the fastest time possible. The emulator is free and works well for casual gaming.

Besides, it’s designed around the production of Tools Assisted (TAS). Furthermore, it supports games published on different platforms including Sega Saturn, Game Boy Color, and Game Boy Atari 2600 and many more.

SNES9X is an exceptional emulator that you’ll definitely enjoy playing. It’s an easy yet, most accurate SNES emulator that allows players to start games after the initial production. The emulator got the ability to run all SNES games without any alarming concern. On dated hardware, it works well.

So far, it is the best SNES emulator for cheaper models. Still, it offers a wide selection of features, including fast forward to speed up games. It has an Output Image Processing for better graphics. A recording feature that allows you to capture the moves of your gameplay. Above all, a save states to save games in the exact place you want them to save too are other features. 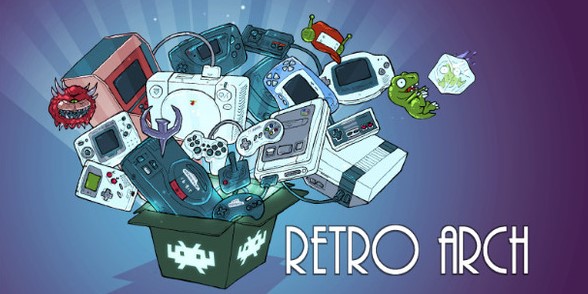 RetroArch is definitely one of the best Super Nintendo emulators which come with cross-platform support. It utilizes Libretro; a powerful development interface allowing gamers to enjoy SNES games on different platforms. This emulator is described as a front-end that supports programs converted into strong libraries known as Liberto cores.

RetroArch has advanced features like shaders, rewinding, and netplay. Aside from that, it can document and run your gameplay to platforms like YouTube. It also enables players to enjoy a wide variety of games updated on platforms like GameCube, Nintendo Wii, Game Boy, and others.

ZSNES is a superior Nintendo emulator that runs SNES for iPhone and other gadgets with much ease. The development of this emulator stopped in 2007 but it’s still fashionable among emulation followers.

This emulation has the latest features which include; save state support and filters to enhance video output. It also has a recently played game list that records the last 10 games played on the emulator. ZSNES has a security stunt and chances for a ROM to take gamers to a webpage and install unwanted applications on the system. Even so, downloading ROMs from trusted sources is the best way to avoid the exploit.

Also Read: Top Android emulators you should try out

Higan was before known as bSNES and it offers an exceptional gaming experience. It’s a multi-system emulator that supports Nintendo Super Femicom, Nintendo Game Boy, Nintendo Femicom, and more.

OpenEmu is a multi-system emulator that started as a port for the NEX/Famicom emulator Nestopia. The emulator is more of a front-end which requires you to download extra cores to enjoy

OpenEmu features some different filters to enhance visual output. Besides, it supports many input methods. As a result, to have more true experience, use a retro controller with your system. Above all, this emulator isn’t too resourceful. You can run on older iOS tools with low-end description.

Among the most accurate SNES emulator, Nestopia UE is one of them. It features texture scaling and netplay. For this reason, it has the ability to play most NES games without any problem. The original development stopped in 2008 and this is the time when Nestopia UE came in. Gamers can use instead of going through the challenges of setting up RetroArch.

Nestopia UE comes with unexceptional features which include cheat support and game-specific custom palettes. It also has a Famicom mic support which makes it the best SNES emulator out there. The emulator is simply easy to set up. It has a user-friendly interface and it comes with VSync support. Although, if you plan on using VSync, prepare to input some flag.

This sums up our most accurate SNES emulator in the market. Each of them has a good side and the bad side. Some of them are accurate, reliable, and deliver high performance. Some too are accurate but lags. Even though there are other emulators that you can play SNES on iOS. But, picking any of the mentioned emulators will deliver the best experience.