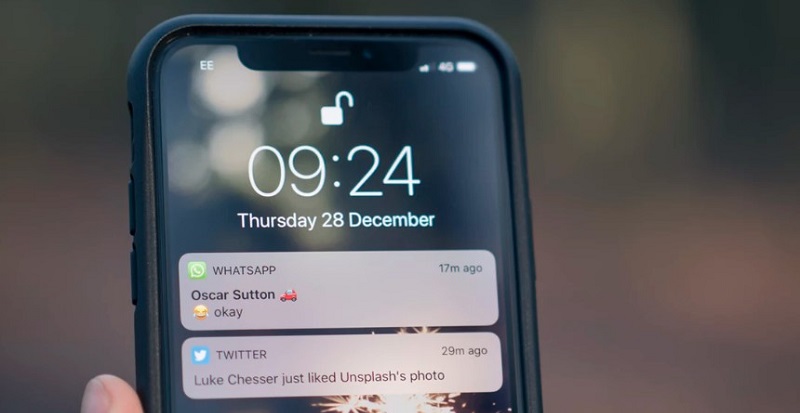 A major advantage of running a jailbreak on an iPhone is the boundless opportunities for customization that it affords you. Given that iOS 12 is still relatively new, and a majority of the exploits utilized are continuously being plugged by Apple, it takes a relatively daring individual to run a jailbreak on the OS and the benefits in terms of customization had better be worth it.

Just like in previous iterations of iOS, the notification center receives routine redesigns and upgrades. However, part of running a jailbreak is having a highly customizable and feature-rich experience that can be tailored to your specific requirements.

The notification tweaks outlined in this article offer just this experience, and despite some of them being paid tweaks, made it on the list anyways for being that good. Read on to find out more regarding these iOS notification tweaks.

We could list the features and customization options that developer’s repository presents a jailbroken device’s owner for pages. It is limited However, we will hint on only a few of the innumerable features of this open-source iOS notification tweak in the list outlined below:

You can control it in the following ways:

Perhaps more importantly, the Notifica notification tweak is completely free and open-source. This means that, not only are the current features free, but more features are in development down the pipeline, and will be free as well.

The impressive list of features and support, with further promised down the road due to its open-source nature, while remaining polished and easy to use, earns Notifica a firm number one post on our list.

developer’s repository is an iOS notification tweak that is a close and worthy alternative to notifica. However, it’s functionality is limited to color swaps, as the name might suggest. What sets Palette aside as a tweak you should be considering is that it focuses on the elements on your iPhone that you interact with everyday.

These include your notifications and widgets, adding an absurd level of color customization you are bound to love.

‘Dark Mode’ is a popular mode when it comes to many features in a wide variety of operating systems. The popularity of ‘dark mode’ has only continued to soar, with many developers including the feature in their offerings.

Tweak developers were not to be left behind and it was only a matter of time before one implemented dark mode as well. Noctis12 is by far the best implementation of a dark mode tweak, and if this dark and stealthy aesthetic is for you, the developer’s repository is worth checking out.

However, this is unfortunately a paid tweak, which will set you back $1.99 when you download it from the Packix repository.

This iOS notification tweak works highly similarly to Palette. developer’s repository, however allows you complete appearance of your notifications.

You can color-code them by app icon, add a gradient, or if you so wish, remove the color completely leaving the translucent and blurred background. This is also another paid tweak, and will cost you $0.99 to download.

ModernXI is a notification tweak whose name describes what it does to your iPhone’s notification banners; it gives them a more ‘modern’ design. The tweak does this by retaining the look and feel of the notification banner’s background but makes it thinner and additionally moves the slightly larger app icon and the name to the top left corner.

These are subtle changes but they sure make a difference. You can enjoy this tweak for free from the developer’s repository.

Shortlook is a must-have notification tweak for any iOS user running a jailbreak on an OLED device such as the iPhone X. The tweak replaces the usual iOS notification system whenever your phone’s display is off. At this time, where notifications appear as banners on your lock screen and light up your display, short look replaces this by presenting your notifications as customizable glyphs on a pitch-black or a transparent background.

The black background looks phenomenal on an OLED and saves power. Once you raise your device to wake it, however, shortlook disappears and stock iOS notifications resume. Subtle, yet very nice. You can download it, for a fee, from its repo.

As the name might suggest, notchification is all about the notch, which makes it suitable for users running a jailbreak on a device of the iPhone X family. This notification tweak compliments the device’s notch and OLED display with some attractive notification animations.

Most of these animations are tricked-out designs and patterns, centered mainly around the notch area with a completely blacked out screen elsewhere. A particular nice touch is that these notch animations color themselves based on the main color of the app icon whose notification you’ve just received. You can download it for a small fee on the Bigboss repository.

Hopefully, this guide on the 7 best notification tweaks for iOS 12 has been helpful in getting that extra touch of customization for jailbreak users out there. For more coverage on the very best tweaks, plus many more tips, tricks and iOS hacks and guides, for both jailbreak and non-jailbreak users, check out some of our other articles on the site.